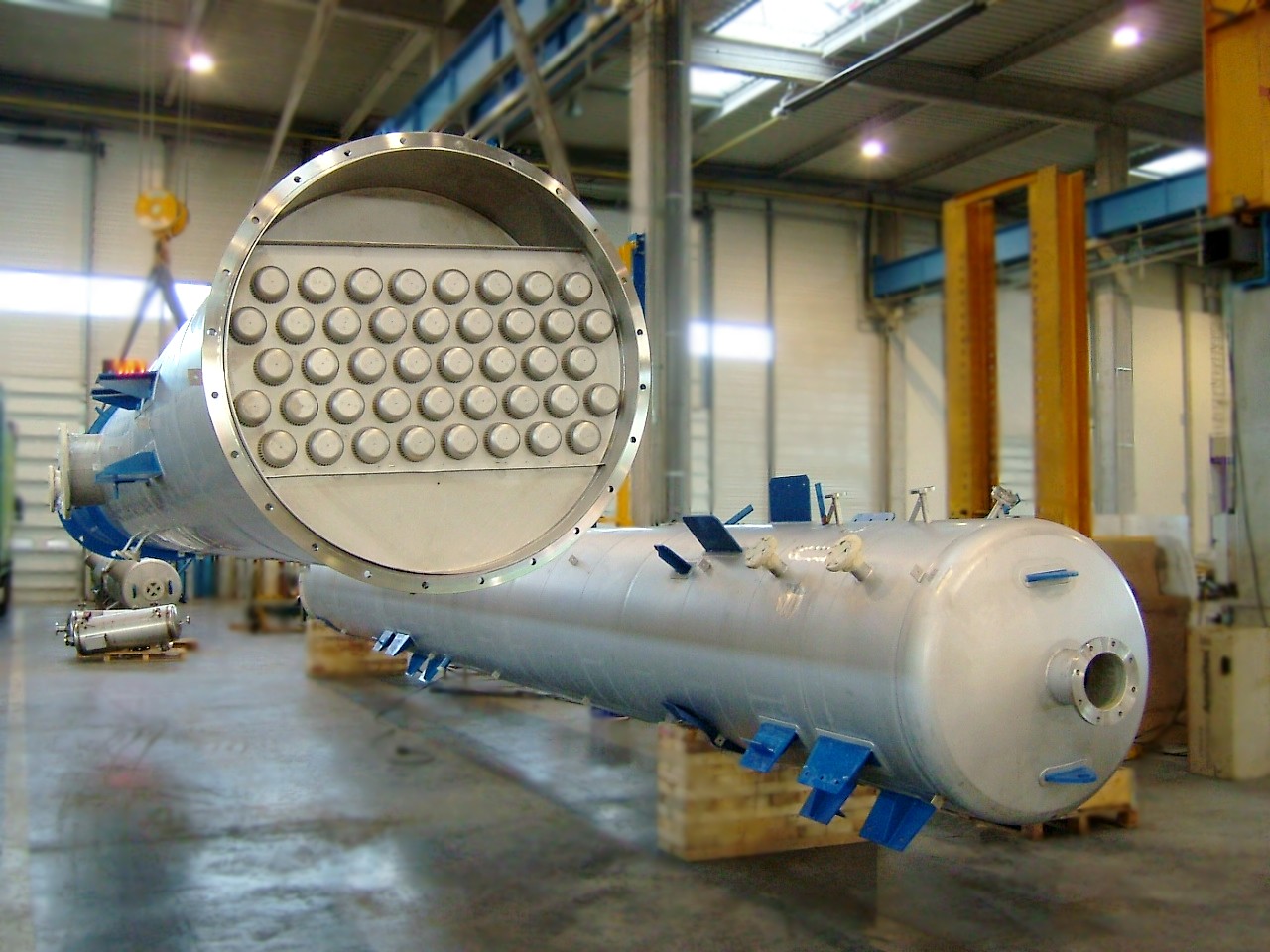 What are the distillation columns used for ?

The distillation columns also called rectification column are elements of the still. The latter is a device that aims to separate a mixture, first by heating, and, secondly by cooling. It is this process which is called distillation.

The role of the distillation column is to allow exchanges of matter but also of energy between the gaseous phase and the liquid phase. 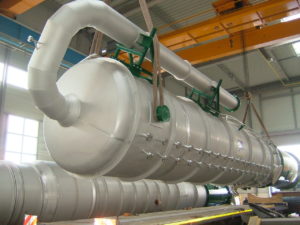 In addition, the columns are equipped with internals which will be placed in a vertical column to ensure an intimate contact between the gas and the liquid so as to approach a composition balance as well as possible.

Characteristics of the distillation columns

The distillation columns can be made of:

In addition, the columns can be up to 40 meters long and 6.5 meters in diameter thanks to our 15.000 m² industrial workshop. Indeed, the columns are tailormade in order to better adapt to the needs of customers.

Why install a distillation column?

The installation of a distillation column gives rise to various advantages :

The manufacture of distillation columns at Labbe Process Equipment :

Thanks to our integrated design office, we carry out the chemical and physical sizing steps of the column ourselves.

The first step is that of chemical sizing with the aim of determining all the elements that will make up the column.

Then comes the second step: that of physical dimensioning which consists of making technological choices concerning the device. For example: distributors, the type of columns (trays or packed), power supplies … etc.

Once the sizing has been done, the construction plans are drawn and the column is sent to production. The latter is done entirely within our 15.000 m² industrial workshop.

We are completely autonomous, which allows us to ensure the best delivery times.

The fields of application of a distillation or rectification column?

Distillation columns are used in various fields of activity such as:

Expert in the design and manufacture of heat exchangers for more than 70 years, Labbe Process Equipment will bring its expertise and know-how to offer solutions adapted to different areas.

We invite you to discuss with our experts about our distillation columns either via our online chat or via our form.

Also, we have put at your disposal a section “Price request” to make your price requests directly online.

Our website uses cookies to improve your experience. Accept them to fully enjoy your navigation. Accept Reject More info
Plus d\'information

Any cookies that may not be particularly necessary for the website to function and is used specifically to collect user personal data via analytics, ads, other embedded contents are termed as non-necessary cookies. It is mandatory to procure user consent prior to running these cookies on your website.